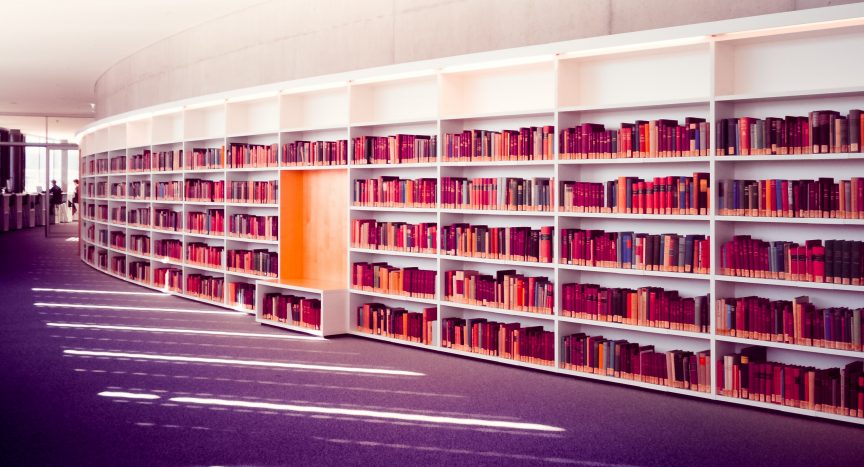 “I’m three years out of law school and I’ve made a terrible mistake. Law is definitely not for me! Can you help me find some other options?”

I could make a full-time practice out of people in that boat. People who went to grad school for all the wrong reasons.

There is one—and only one—reason to go to grad school. But before I get to it, let me review a few of the wrong reasons to pursue a graduate degree. These are not just my opinions. These are what the people whose graduate degrees turned out to be a mistake told me.

1. Because you think it will make you more competitive in the job market

Sounds legitimate. Maybe people around you have an advanced degree and you see them moving up. Or maybe you’ve been applying for jobs and keep losing out to people with more education.

So on one level, going back to school makes sense.

There’s just one catch: are you certain you intend to stay in your field for a long-term career? Are you sure you even want to? Are you confident that that field is where you belong?

Let’s say you’ve been in your field for a while (three years or more), and you can definitely see opportunities that excite you. But to exploit those opportunities, you will need an advanced degree. In that case, go for it!

But I work with people every day who complain about their work, yet for some reason want to get more education so they can do more of that work, only at a higher level. Does that really make sense?

Then there’s the college student who is planning to go get an MBA or a law degree or whatever. They’re probably at greatest risk for a train wreck. Because for one thing, they don’t have any experience in the profession they’re considering. Sure, maybe they’ve done an internship, or maybe their parent is in that field. But do they appreciate what it’s like to do that job day in and day out? Do they really know what they’re getting into?

It makes all the sense in the world to gain a competitive edge in the job market—but only for the job that really fits you.

2. Because the economy is bad and you can’t find a job

The logic for this one doesn’t make sense to me, either: “I can’t find a job. Which means I’m not making money. So let me go spend a bunch of money to get a degree. In fact, let me go into debt to do that—even though I’m not making any money.”

Graduate school is a very expensive way to wait for the economy to turn around. You’re betting your money—and maybe credit—on Wall Street, Main Street, and the actions of the Fed, all of which are heavily influenced by the politically driven agendas of the President, Congress, the Senate, and all of the regulatory agencies.

The point is, graduate school ought not to be used like a rest stop on the economic highway. If anything, it ought to be a pit stop where your talents get fine-tuned so you can go back out and win the race.

3. Because all your friends are going

Here’s another lawyer story. A guy came to see me because he wanted to quit law and do something else. As soon as we identified his giftedness, it became obvious why he had no business being in law.

So I asked him, “How in the world did you get into law in the first place?”

“Well, when I was a senior in college, I had a bunch of fraternity brothers who were going to law school,” he told me. “I didn’t really know what I wanted to do. But they were all gung-ho about law school. So I thought, why not? I took the LSAT and applied to the same law schools they were applying to, and one of them accepted me.”

Friends are invaluable. And I’m keenly aware of how important friends are when you’re in college. But there’s one thing friends can’t tell you: what to do with your life.

It’s one thing to go along with the crowd when the activity is a football game or a party or a charity fun-run. But when it comes to picking a career, it’s time to step away from the crowd and pay attention to what matters to you, and to what your contribution to the world should be.

4. Because your parents are willing to pay for it

This one is loaded with landmines! Once you’ve graduated from college, anything that involves you, your parents, and money has so many emotional, relational, and financial wires running around in it that you ought to treat it like something out of The Hurt Locker (Kathryn Bigelow’s riveting film about a bomb squad in Iraq).

It’s possible that your parents are exceptionally generous. That’s fantastic! If so, that places a great deal of responsibility on you. Integrity demands that you use every penny of what they spend on your behalf with as much wisdom as possible. Beginning with the questions raised above in point #1: are you certain you intend to go into this field as a long-term career? Are you sure you want to? Are you confident that that field is where you belong?

If you are, that’s great. Go for it! And when you get out there and hit the moon, make sure you thank your parents every chance you get.

But now, let me ask the harder question: are you sure that going to graduate school (now that your parents will pay for it) isn’t just a continuation of college? I’ve seen that. I’ve seen it a lot.

Suzy gets to her senior year and can’t quite decide what she wants to do after college. She’s “sort of” thinking about going into psychology, but then she’s also “sort of” thinking that maybe having an MBA would give her more options. So her parents (who maybe just happen to be in the business world) offer to pay for graduate school. Well, then, it’s settled! She’ll go get an MBA.

But it’s funny how earlier in college, when Suzy was deciding on a major, she “sort of” thought marketing might be a good choice for her, but then she also said that literature was something she was “sort of” interested in.

“Sort of” is a very poor indicator of career preference.

If you don’t really have any clarity on where you plan to end up in the work world, then by all means don’t presume upon the good graces of your parents by letting them pay for an expensive degree that you may or may not end up using.

5. Because a college professor told you to

Recently one of my clients related that when she was in college, she was a business major, but was struggling with what career to go into. As an elective, she was taking a journalism course. She really enjoyed the way the professor taught that course, so she decided to talk with that professor about her quandary.

Not surprisingly, the professor told her what a great field journalism is, and that since this woman was such a good writer, she would do well in that field and ought to go get a graduate degree in journalism.

Journalism is indeed a great and noble profession. But should someone go into that profession just because an enthusiastic professor thinks it’s a good idea?

Great teachers are invariably in love with their area of expertise. So naturally they look for young talent to recruit into that area. And sometimes they see things in a student that the student does not see in him/herself. But it’s also possible to talk a student into a field that doesn’t actually fit them.

It would have been better for that woman if the journalism professor had said something like, “Well, you know, Judy, you’re such a good writer, you really ought to look at journalism as a possible career. Of course, I know you’re a business major. Did you know there’s a whole segment of journalism related to business? If you’re interested, I could put you in touch with a friend of mine who used to work at Forbes Magazine. He could tell you about his experience and introduce you to others in that area. That way you could get more information and see whether business journalism seemed like a fit. If so, you could then plan your graduate studies, which might include tracks in both journalism and business school.”

A professor can have a profound influence on a student. But for that very reason, students have to be cautious about the career advice their professors give them. They mean well. But in the end, what matters most is not a professor’s enthusiasm and encouragement, but how well a possible career path fits the giftedness of the student.

In the end, there is one—and only one—reason to go to graduate school

By now, perhaps you can guess what it is:

Because you are confident that you have identified a job that fits you, and you need a graduate degree to get that job.

Graduate degrees do not magically create good job-fit.  That’s something you have to figure out ahead of time.

The best way to do that is to talk with people who are actually doing the job you think you want to do. Go ask them to tell you what they do on a day-to-day basis. See if you can visit their place of work and see them in action. Find out what they like most about their job—and what they like least. Look at how that person’s field is changing in light of new technologies and other realities. Determine if it’s an occupation that’s growing or shrinking. Ask what the career ladder tends to be for someone in that field.

In other words, get as much information about that job as you can in order to see whether it feels like a job you’d like to do long-term.

You see, it’s a lot less expensive to do a bit of homework researching an intended career than it is enrolling in graduate school with very little idea of where you’re going to end up once you’ve graduated.

In short, graduate school is for people who know exactly where they intend to go career-wise. Enrolling on any other basis is a very expensive roll of the dice.

Question: If you have a graduate degree, what’s the one thing you now wish you had known before you went to graduate school?