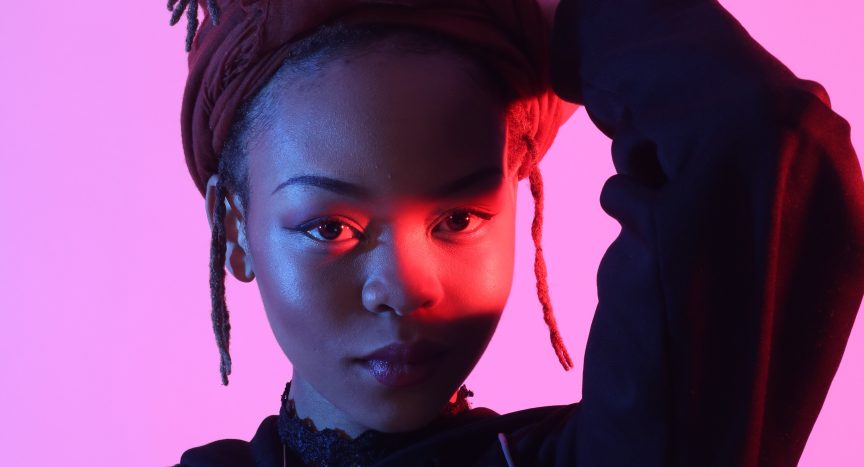 The cliché of the starving artist is commonplace. But what if you really are a creative person who just can’t make a living at your craft? Here are ten options to consider.

Pablo Picasso said, “Every child is an artist. The problem is how to remain an artist once we grow up.”

When you grow up, you have to take care of yourself. That means earning a living. And that’s where artists routinely struggle.

I’m not going to get into the whole matter of whether you “really” have what it takes to be an artist or an actor. That’s a discussion unto itself.

Regardless, suppose you planned on getting paid to do your craft, but you’re realizing that’s just not going to happen. What do you do? Throw in the towel and try to go get a corporate job?

Maybe. But maybe not. There are lots of places in our economy where creative people can make a significant contribution and get paid for it, even if it’s not the career they had hoped for as a concert pianist or Broadway starlet or art world sensation.

No giftedness is ever wasted (that is, unless you chose to waste it). It can always find expression, and the possibilities for expression are endless.

So in no particular order, here are ten ideas for using your creative gifts apart from the traditional paths (I could mention ten dozen, ten score, or maybe even ten thousand; this list is just suggestive, not exhaustive).

I know, I know. You say you’ve been waiting tables forever trying to get an acting job. So why in the world would you want to keep doing that?!

Well, have you ever considered that dining—particularly at an upscale restaurant where gourmet food and fine wine is served—is actually theater? The table is the stage. The diners are the audience. The food is the script. And you, the waiter/waitress, get to be both playwright and director. Whatever happens at that table is up to you.

Sort of. Actually, waiting tables is more like improvisational theater, because the diners are also fellow actors. You have to work with what they give you.

The key is that you stay in control of the table. That’s what I learned from a rather successful waiter who had started out as an actor. He said that right from the get-go you have to identify the person at the table who holds the most power among the party, and figure out what you have to do to channel that person’s energy into making the meal a positive experience for all concerned.

One caveat to this suggestion: it’s simply a fact—and I’m not saying it’s right—that in our culture, those who make more money at waiting tables tend to be men rather than women. In the main, the higher-priced the restaurant, the more it tends to feature male waitstaff. Women serve as cocktail waitresses. Chauvinistic? Absolutely. But it is what it is.

A profession in law was probably the furthest thing from your mind when you declared as a theater major in college. And I admit, this will be a long shot for many, if not most.

But consider what trial attorneys do. They try to convince a jury that someone is either innocent or guilty. There’s a lot involved  in doing that, and a lot of what’s involved may not at all fit the giftedness of most creative types. But in the end, successful trial attorneys are often born performers. And influencers. They have a knack for staging a convincing presentation. They can “sell” their case.

Yes, logical arguments and using evidence well certainly get involved. But many a legal victory has been won primarily because the person making it had a gift for “connecting” with a jury.

Speaking of selling, many performers are naturally and exceptionally good at appealing to the emotions of their audience—even if it’s an audience of one.

There’s an old saying that people decide to buy with their emotions, and then justify their decision using their reason. That’s probably true.

Which works to your advantage if you have giftedness, training, and experience as an actor or actress. You may already instinctively know how to read people and “play” to their mood and affect. I’m not saying you have to do anything manipulative. But if you believe in a product and are able to present that product’s value to a person in an emotionally compelling way, you’re likely to do rather well in sales.

Entertainer at An Amusement Park

There’s an entire sector in our economy called The Experience Economy. It involves creating a product or service that appeals to all of the senses and immerses people in an overall experience.

The Experience Economy is a huge and growing part of American culture. It includes amusement parks and similar attractions, museums, resorts, ski slopes, dude ranches, cruise lines, zoos, historical re-creations and reenactments, on and on. In recent years, sectors like grocery stores, restaurants, professional sports franchises, filmmakers, corporate team building consultants, and churches have also discovered how to turn their offers into experiences.

Artistic people intuitively understand what it takes to create experiences. So the Experience Economy is ripe for the pickings. Honestly if you can’t find a job in that domain, I don’t know where else to send you and your gifts. It for sure beats whatever you’re liable to find in a Fortune 500 behemoth.

Speaking of churches, if you have performing gifts and you are a person of faith, then preparing for the ministry is at least worth considering. Preaching involves a lot of talents, but it certainly favors those with communication ability. Especially the ability to tell stories in a convincing way.

I know a man who had a genius for portraying a character on stage. I feel certain that he could have done well as a professional actor. But he felt called to the ministry, so he ended up as a teaching pastor. Using his gift for acting, he occasionally showed up before his congregation in full costume and acted out some biblical character. His people loved it, and he enjoyed a long and successful career as a preacher.

What I’ve just said about preachers holds true for the job of teaching, as well. Teaching involves many gifts, but one of the most important is the ability to hold a classroom’s attention in a compelling way.

I was an English major in college, but I had to take a required science course in chemistry. Since none of us in the class were chemistry majors, they assigned that class to a professor who was renowned as a “great teacher.” Well, he was! Because he was a showman. He didn’t just lecture about concepts and draw mysterious formulas on the board. He illustrated what he was talking about. His classroom was his personal theater. The highlight of the course was the day he explained a particular chemical process by mixing together a vial of liquids and powders that suddenly exploded with a thunderclap, showering everyone with sparks! He got a standing ovation.

Who says teaching has to be boring? Yes, there are countless boring (and bored) teachers out there. But that sets the bar low for anyone who knows how to hold an audience.

If you absolutely must find a way to work in the corporate world, one possibility is to get involved in the training and development area. That’s a fancy word for learning. People in corporations constantly need to learn—learn new technologies, learn new processes, learn new management approaches, etc.

As I said a moment ago, no one says learning has to be boring.

So were you planning to be an animator at Pixar, but haven’t been able to get in the front door? Maybe you go to work for someone who is supplying training resources to companies. Your role is to develop creative video animations that help them get their material across in thoroughly engaging ways.

I mentioned the Experience Economy. Museums have become key players within that sector. Museums today are all about interactivity. Patrons don’t just want to see; they want to touch, hear, and participate, as well.

That’s where creative gifts become invaluable. It’ all about the re-creation of reality. Think in terms of animations, robots, models, simulations of weather phenomena, virtual experiences, etc.

This is a particular case of an Experience Economy restaurant. As its name implies, Medieval Times takes people back to 11th-century Spain with knights on horses and jousting and courtiers and a royal feast and so on. All of that takes creative people to pull off. Some perform. Some set the stage. Some envision the possibilities.

There are plenty of other attractions around the United States where people have an opportunity to return to some setting from history. For example: Williamsburg, Old Sturbridge Village, Plimoth Plantation, Amish Acres, Mystic Seaport, and countless Renaissance fairs and Civil War battle reenactments.

Perhaps your artwork will never hang in the Smithsonian or Louvre. But what if it appeared on the cover of a popular magazine? Or adorned the packaging for a trendy product? Or served a worthy cause in a fundraising brochure?

I’m always amazed when people with a gift for drawing or painting or illustrating or some other visual art just abandon it to go work in a “regular” job. They just pack up their paints and brushes and pencils and chalk or whatever and put them in the closet. Then they wonder why their life feels so purposeless or even meaningless. Can’t they see that in neglecting their craft, they are starving their soul?

I’m not exactly sure what art schools teach aspiring artists about how to make a living. But it seems to me that there are a lot more places to get paid for one’s work than through an art gallery. We live in such a visual culture. Indeed, there’s never been a better time to have natural strengths for creating images. So even if you don’t consider the work of a graphic designer or illustrator to be true “art” (because it serves commercial purposes), those kinds of occupations come a lot closer to the heart of your gift than more “transactional” work in the business world.

As one of the world’s quintessential artists once observed, “You can’t always get what you want, but if you try sometimes, you just might find you get what you need.”

Again, I could describe scores if not hundreds of occupations that make good use of a person’s creative talents. You probably can, too, if you’ll avoid locking your life vision into a narrowly conscripted picture of what you’re “supposed” to do.

Creative expression can express itself in countless fields. So there are lots of possibilities. But whatever you do, don’t just ignore your gifts.

Question: What additional ideas can you suggest for how a person with creative gifts can pursue them in a meaningful occupation?